Success before the administrative court in Stuttgart – asylum for Esra Y.! 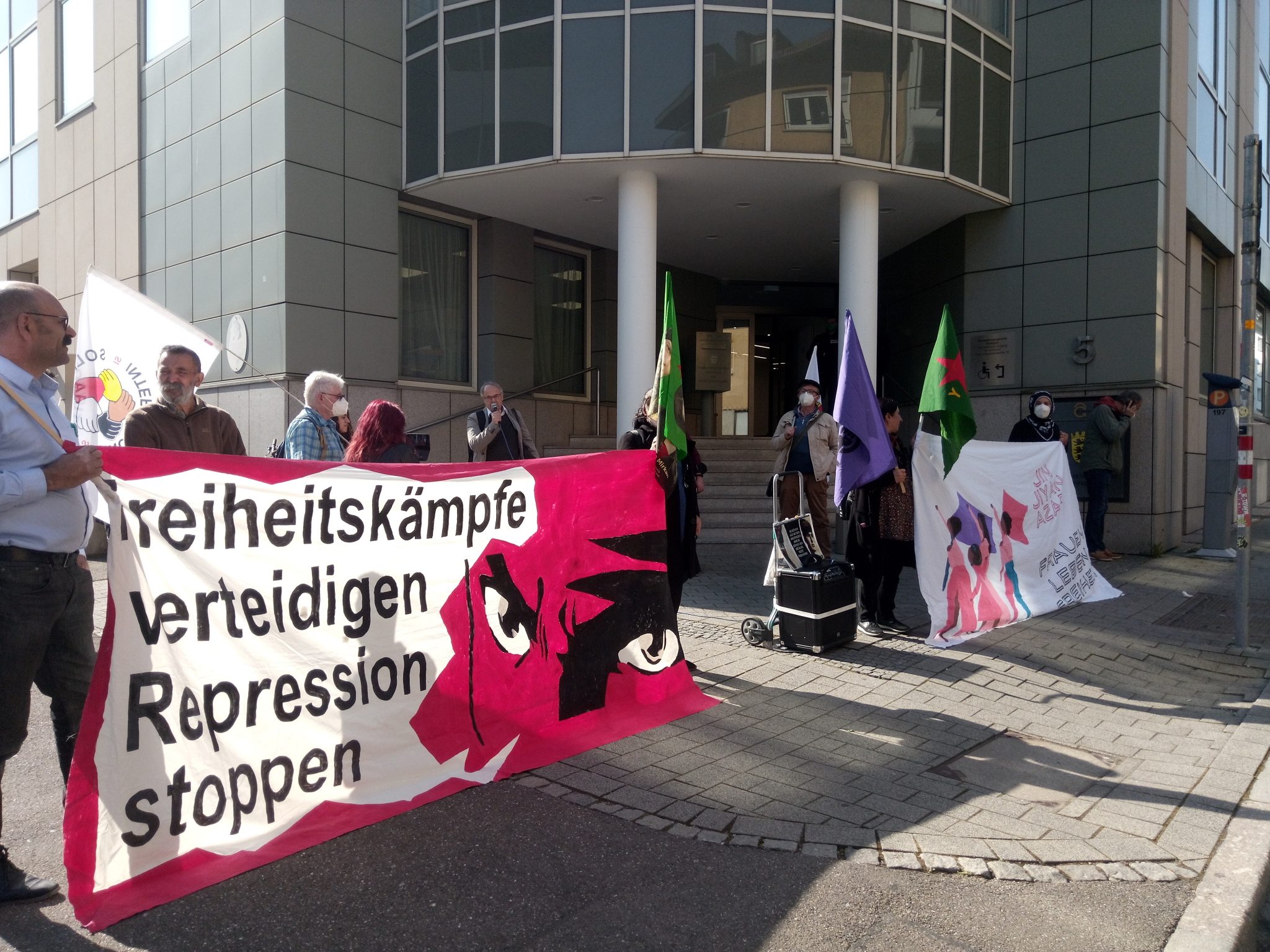 The lawsuit filed by the young Kurdish medical student Esra Y. for recognition of her application for asylum before the administrative court in Stuttgart ended yesterday with an important success.

Two representatives of the Office for Migration and Refugees (BAMF) appeared - this unusually large presence made it clear right at the beginning of the hearing that they insisted on the dismissal of the complaint and thus on the rejection of the asylum. With their justification - Esra Y. was allegedly rightly convicted of criminal offenses in Turkey - the authority subordinate to the Federal Ministry of the Interior fully supports the judgment of the fascist Erdogan regime, which wants to criminalize the just liberation struggle of the Kurdish people as "terror".

The fact that Esra's "crime" was, on the contrary, a deeply humanitarian mission in the war zone of Rojava at risk of life - this became so clear in the course of the proceedings that the BAMF representatives could not help but withdraw their application.

With patience and interest, the presiding judge listened to the life story of the young woman, who had to witness the attacks of the Turkish military against her Kurdish village as a child. These experiences of violence and discrimination, especially against Kurdish women, shaped her desire to become a doctor. When Rojava and the city of Kobane were attacked by the fascist IS and the population heroically defended themselves against the murdering gangs with their self-defence units YPG and YPJ, she followed a call as a medical student to provide medical help there - she treated everyone indiscriminately and did not ask , whether they were civilian victims or fighters from the self-defence units. When IS fired at the infirmary, she was seriously injured and brought back to Turkey unconscious. However, she did not receive medical help from the Turkish state, which openly cooperated with IS, but was charged, imprisoned and tortured. However, her selfless commitment had brought her great recognition and an award from the Istanbul Medical Association. It was only with the help of friends and the democratic public that she managed to get a minimum of medical care and eventually to be provisionally released from prison and escape to Germany.

But she had to fight for her recognition as a refugee for four years. Now she can finally continue learning the language here and complete her medical studies.

The court avoided answering the question of whether, as claimed by the Federal Ministry of the Interior, the YPG/YPJ were "terrorist organizations" - this question will soon be decided by the highest courts at European level. But Esra Y., your lawyer Roland Meister and the sympathy of the participants in the rally in front of the court - Kurdish associations and women's organizations from Stuttgart and Heilbronn, the Friends of Refugee Solidarity and Solidarity International - left no doubt that they consider it completely justified that the Kurdish population is fighting for their liberation and is also organizing for it! International solidarity is on your side!

Tagged Success in the asylum process for a Kurdish medical student