Alassa Mfouapon vs. the Land of BW: David vs. Goliath 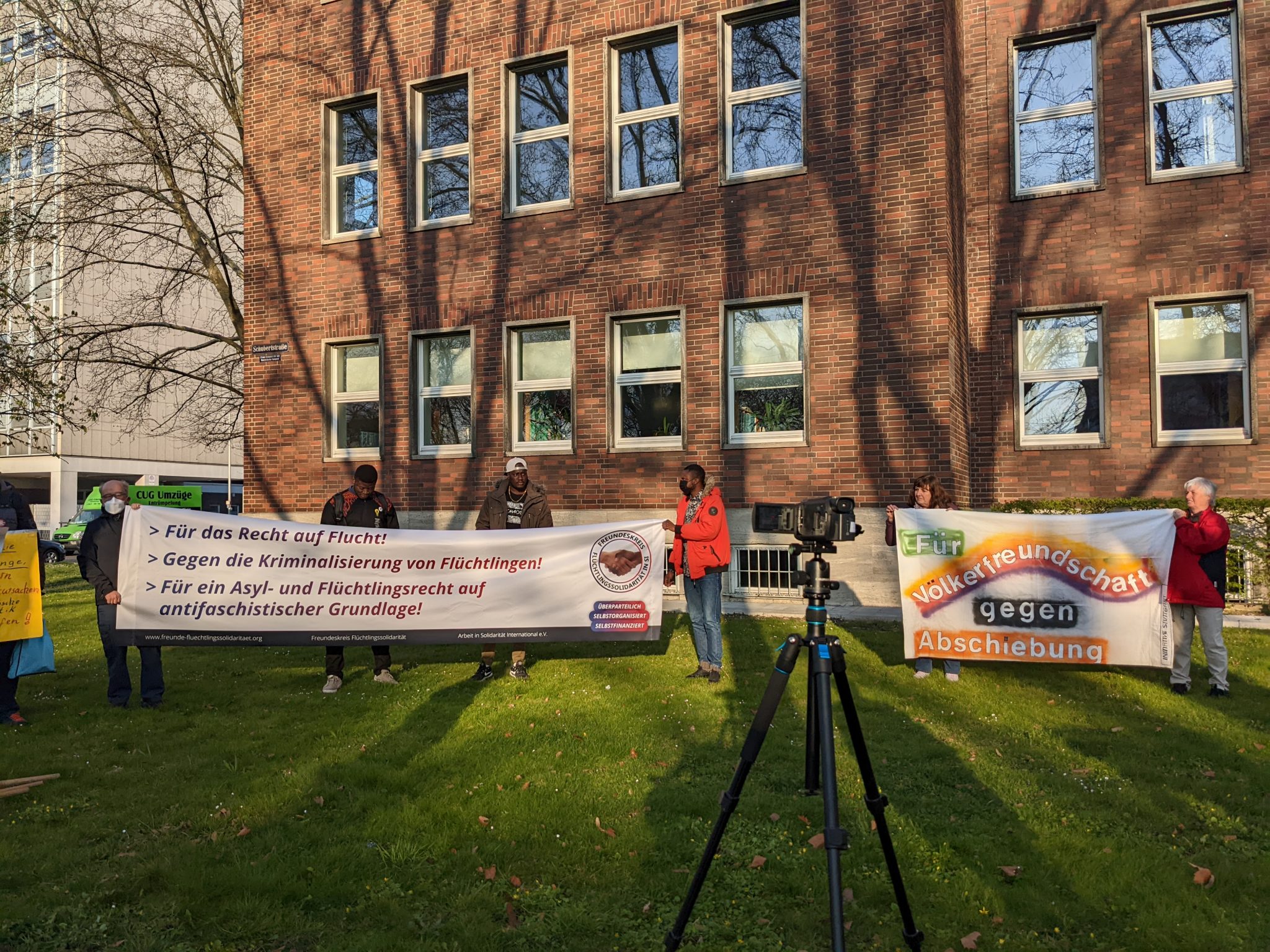 3/29/22 press release: The oral hearing of Alassa Mfouapon's lawsuit against the state of Baden-Württemberg, which took place on 3/28/22 before the Administrative Court, seemed almost like a David versus Goliath fight. A very courageous David, however, who was supported by broad solidarity, which was evident at a rally in front of the court and also among the trial observers, whose numbers were unfortunately limited by the court. Important aspects were pointed out in the speeches at the rally: The partial success of the first procedure was acknowledged, which judged the police operation on May 3rd in the LEA Ellwangen to be illegal. The decision to compare the rooms in refugee camps with prisons and to deny their protection was heavily criticized. Human rights must apply to everyone! The speakers also rejected all attempts at division, as expressed in the different treatment of refugees, because the way refugees with Ukrainian passports are treated now - freedom of movement, work permits, decent housing - this is how all refugees should be treated!
Right at the beginning of the hearing, part of the request for revision was dismissed – in the opinion of the court, the request for revision here did not adequately address all aspects of the judgment against which the appeal was filed. In order to still be able to negotiate the important issue of the protection of refugee accommodation, Alassa as plaintiff and his lawyer waived this part of the appeal.
Once again, police officers who were on site during the deportation operation on June 20, 2018 were invited as witnesses. But while Alassa Mfouapon's memory of the day "has been burned into my mind for four years" and he could provide a clear and coherent account of events, all three officers had strikingly identical lapses in memory, while elsewhere they were consistently precise and able to remember in detail. A rogue who thinks evil! Had all six police officers entered the room? Checked his roommate in the room and asked him where Alassa was? Had you followed him into his room later without being asked? The plaintiff bravely confronted the police with his memories: "Did you pat me down? Have you looked in my closet? The witnesses vehemently denied this.
The verdict has not yet been pronounced, but will be served in writing. However, it can probably already be counted as a success that the court, as it did a few weeks earlier when refugees complained about the house rules of the LEAs, wants to recognize the residential character of the rooms in refugee camps that are worthy of protection.
In the Chairman's concluding assessment, the comparison of the rooms in accommodation units with prison cells gives way to the comparison with hospital rooms, for which there would then be a "right of entry". It became clear how "elastic" civil law is - you can bend it to suit the rulers. Then suddenly a distinction is made as to whether it is “entering” or “searching”, or whether an “apartment” is so small that you can see everything from the door (allowed!) or a larger one Property where you have to go inside to see everything (not allowed). It could be true again what Anatole France once aptly put it:
"The law, in its majestic equality, forbids rich and poor to sleep under bridges, beg in the streets, and steal bread."