Stop the deportation of our friend Justin from Nigeria! 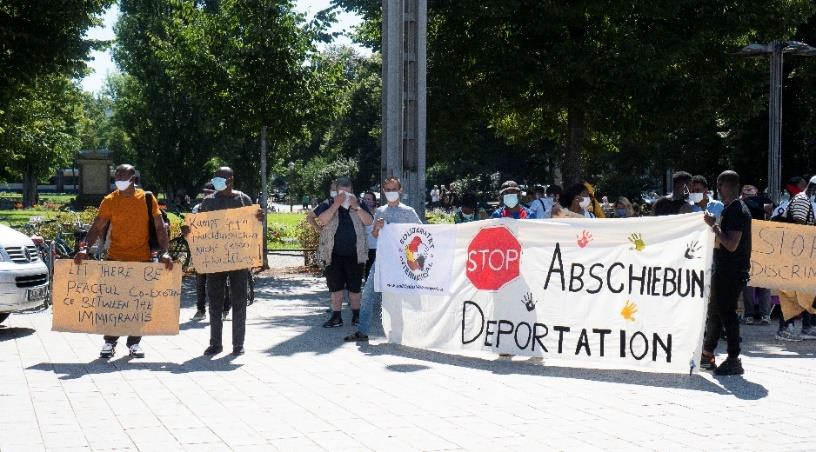 September 14, 2022 Press release of the Friends of Refugee Solidarity in Solidarity International

Stop the deportation of our friend Justin from Nigeria!

Our friend Justin came to Germany from Nigeria in 2018. He is 34 years old, fled as a member of the Biafran minority, which continues to face persecution and discrimination in Nigeria. But the federal government is not interested in this - there are hardly any recognition of asylum applications by Biafrans. It is arrogantly assumed that the information given by those affected is false and that their documents are forged. This is a mockery of the idea of asylum, which after all arose as a consequence of Germany's painful history.

Justin has been working at KFC (Kentucky Fried Chicken) in Waiblingen since November 25, 2019 and has settled in well there. His boss Peter Rimac urgently needs him as an employee and has even considered him as a team leader.

The fact that there has been a huge personnel problem in the catering trade since the reopening after the Corona pandemic and that good service staff is desperately needed does not seem to have gotten around to the immigration office. On the contrary – apparently, before the new legislation on labor immigration is tackled by the federal government, even more African and other refugees who have integrated well into working life will be deported!

What an absurd policy! Even this law is not exactly a prime example of humanity - after all, only those whose labor power is exploitable are expressly selected for a perspective of staying!

The German asylum policy towards Africans also takes no account of the fact that it was the centuries-long European colonial policy that bled the African continent dry to such an extent. For centuries, young men capable of work were systematically stolen from this continent - and then one speaks with unprecedented arrogance of "economic refugees"!

In any case, our friend Justin – like his boss from KFC – no longer understands the world. He came to Germany just a few months too late for a work permit – not before August 1, 2018, but only in November. He has never been guilty of anything, disclosed his identity, since arriving in Germany he has been trying to learn German, sometimes under the most difficult conditions, has looked for a job himself, has settled in, has a German partner and a German circle of friends - you can do more request integration service?

We demand a permanent perspective for Justin - stop the deportation! He is currently in the deportation prison in Pforzheim, where he is being held in order to be deported to Nigeria in the near future.

Right to stay for Justin immediately! Immediate release from the deportation prison! No deportations! Escape is a human right!