Welcome to the people of Ukraine - equal rights for all! 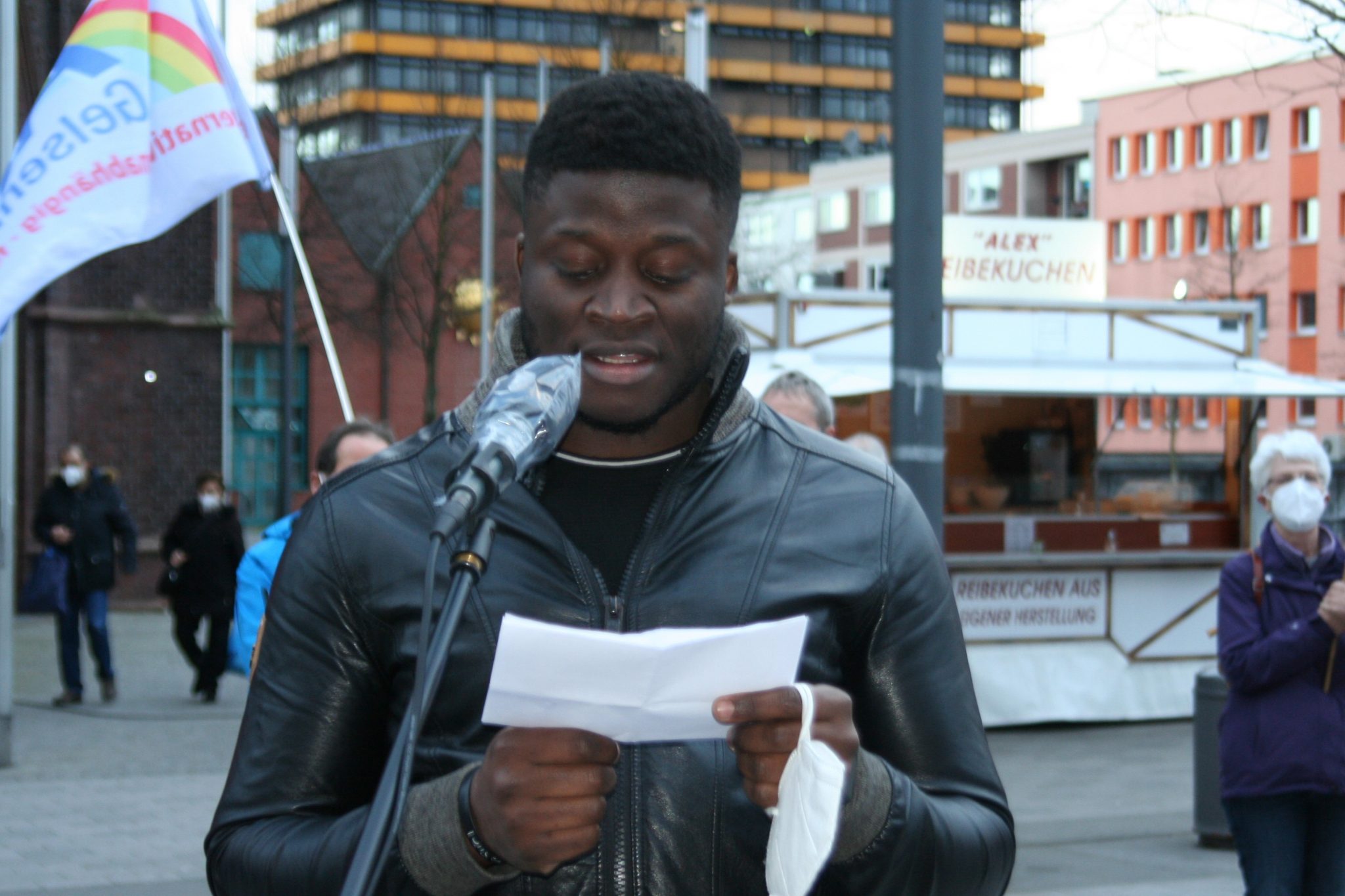 The Gelsenkirchen group of the Friends of Refugee Solidarity published a statement entitled "Welcome to the people from Ukraine - equal rights for everyone!" In view of an impending gigantic wave of refugees as a result of the war in the middle of Europe, refugee solidarity is urgently needed.

Resolution of the Friends of Refugee Solidarity Gelsenkirchen

We are outraged by the invasion of Russia and the inhuman war in Ukraine! In our home countries in Syria and in various African countries, we have seen how Russia, like NATO and the EU, plunders the countries and supports dictators and putschists like in Syria or in Mali. Hundreds of thousands are now fleeing Ukraine. Many come to Germany - we warmly welcome them! We know from our own experience what great suffering caused by war, terror and misery drives people to flee. We are pleased that the new refugees are given immediate work permits, a "right of residence that can be extended without bureaucracy for 90 days" while waiving the Dublin Agreement, approval for integration courses, transport by bus or even an airlift. Good this way.

However, we ask ourselves: why did and do refugees from Africa, from Asia, from the Middle East have to fight for years for all this? Often still unsuccessful? How many brutal deportations were there from Gelsenkirchen alone because of the Dublin Agreement? Why has our spokesman Adama Traoré from Mali not received a permanent residence for years, not even a German course, although putschists are raging in his country and the Bundeswehr is staying there on the grounds that Islamist fundamentalists would otherwise get the upper hand? How can the federal government decide all this - but should the states and municipalities, which are already overburdened and heavily indebted, organize and finance it? For all people living in Germany, this harbors the risk of further reductions in social benefits, swimming pools, waiting lists for kindergarten places, etc.!

Unbureaucratic help is correct, but it must apply to all people who seek protection from war, terror and misery in the EU and in Germany. We resolutely protest against an inhumane, unequal refugee policy:

No to the division into first and second class people, according to skin color, origin or religion! Together for the right to flee and equal rights for all democratic refugees! Solid cohesion of all people living in Germany, regardless of whether they are refugees or "natives"!

We will be active together and collect donations:

Join the FRIENDS CIRCLE OF REFUGEES SOLIDARITY!
The next meeting in Gelsenkirchen is on Saturday, May 7, 2022 at 4 p.m. at Treff International, Hauptstraße 40
Contact via: Marlies Schumann, Hauptstraße 40, 45879 Gelsenkirchen, 209/202451, email: marlies.schumann@wpadmin-almfo