No Deportation into Hunger! 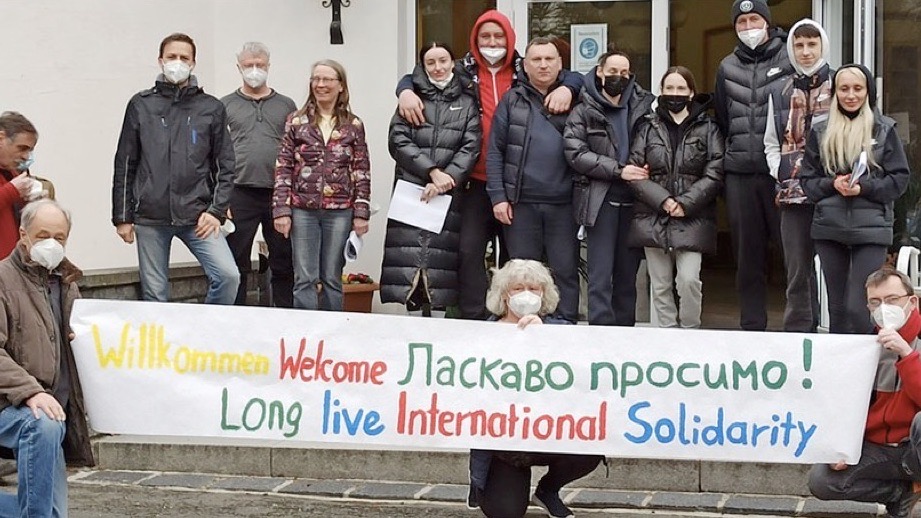 Food prices, especially in African, Asian and South American countries dependent on neo-colonialism, have become unaffordable for the normal population. The (new) imperialist countries are using the Ukraine war to wage a real economic war for necessary food and are consciously accepting a world hunger crisis. At the same time, they are promoting hunger revolts that fundamentally question the imperialist world system.

The new agreement on the delivery of grain from Ukraine and the Russian-occupied territories, including the Crimea, is already becoming another piece of work that is not worth the paper it is written on.
Yesterday, a Syrian ship with barley from Crimea was detained in Lebanon because Russia could be the profiteer of the shipment.
The Freundeskreis Flüchtlingssolidarität Ost (Circle of Friends of Refugees East) has therefore formulated new demands:
Immediate stop of deportations to countries in hunger crisis (mainly Africa, Asia and South America) caused by the global warmongers!
At the same time, the Circle of Friends supports the demands of the Saxon Refugee Council to stop the unequal treatment of refugees into second and even third class citizens.
Even Ukrainian refugees who do not have Ukrainian citizenship, are barracked and deprived of any rights.

We demand:
Equal treatment for all refugees! For the right to work and training permits, as well as the right to learn the German language! Against shifting the burden of crisis and war burdens onto the broad masses! Increase all state social benefits by at least 20 per cent!
Some refugees are granted work permits. The conditions are very arbitrary. Sometimes an application is sufficient, sometimes identity documents are demanded, sometimes these are not recognised and a passport certified by the embassies is insisted on. The latter is a double-edged sword, because asylum seekers file lawsuits against the respective country of origin. They have justified fear that the documents will lead to immediate deportation.
But even with a work permit there is the threat of immediate deportation! An employment contract, for employment agencies for BMW, DHL or Amazon, for example, contains the following wording: „The employment relationship shall ends, without the need for notice of termination, in any case … with the last day of the still valid work and residence permit in the case of foreign employees.“
This is an extraordinary arbitrariness against militant colleagues who have fled their home countries, in that the revocation of a toleration of residence at any time makes immediate dismissal possible.
Therefore we demand: Against any division: labour law applies to all! For the defence and extension of our civil-democratic rights and freedoms!
Employment contracts with temporary workers now include contractual penalties of one gross weekly wage for even minor „offences“ such as „disturbing the peace in the workplace“ or „culpable breach of the duty to notify“. This is a throwback to the labour relations in the 18th century!
In this sense: Revolutionary changes are necessary!